Susan Sturm is the George M. Jaffin Professor of Law and Social Responsibility and the founding director of the Center for Institutional and Social Change at Columbia Law School. Her work focuses on inequality, discrimination, remedying racial and gender bias, criminal justice reform, lawyer-leadership, and the role education can play in creating social change and a more inclusive world.

Sturm has written and spoken extensively about race, gender, legal education, and full participation in higher education and filed an amicus brief with the Supreme Court in support of the University of Texas in a case challenging its race-conscious admissions process. In 2017, she co-authored a report called Leading with Conviction, which examines how and why some people emerge from prison as community leaders. In 2015, she completed a study on diversity and inclusion among authors and editors of the Yale Law Journal, which provided insights relevant to the larger field of legal education.

At the Center for Institutional and Social Change, which she founded in 2007, Sturm leads collaborative action research projects with institutional and community leaders in the areas of education, criminal justice, and community development. She collaborates with a wide variety of higher education, government, and community-based organizations including the Massachusetts Trial Courts, the Center for Justice, the Aspen Ascend Network, Hostos Community College, and JustLeadershipUSA. She is the co-creator of Theaters of Change, a joint effort with the Center for Institutional and Social Change and the Broadway Advocacy Coalition to bring together individuals directly impacted by mass incarceration, high-level theater artists, and advocates and policymakers focused on humanizing and transforming the criminal legal system.

Sturm was the principal investigator for a grant from the Commonwealth of Massachusetts and has developed a curriculum for building leadership capacity to address race and bias in the Massachusetts Trial Courts. She has served as the principal investigator on two Ford Foundation grants for projects designed to increase access to postsecondary education for immigrants, veterans, and communities affected by incarceration. She also received an Aspen Ascend grant to develop multigenerational strategies for advancing higher education for communities affected by the criminal justice system.

Sturm previously served as a co-chair and architect of Columbia Law School’s Davis Polk Leadership Initiative, a cross-disciplinary effort to prepare students to succeed as leaders in a wide range of sectors. Sturm teaches the Theater of Change: Reimagining Justice through Abolition and Lawyer Leadership: Leading Self, Leading Others, Leading Change, and has previously taught Lawyering for Change and Civil Procedure. She is a Provost Senior Faculty Teaching Scholar, and received Columbia University’s Presidential Teaching Award in 2007. 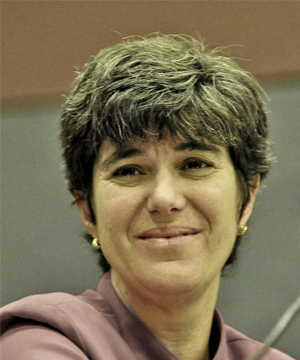